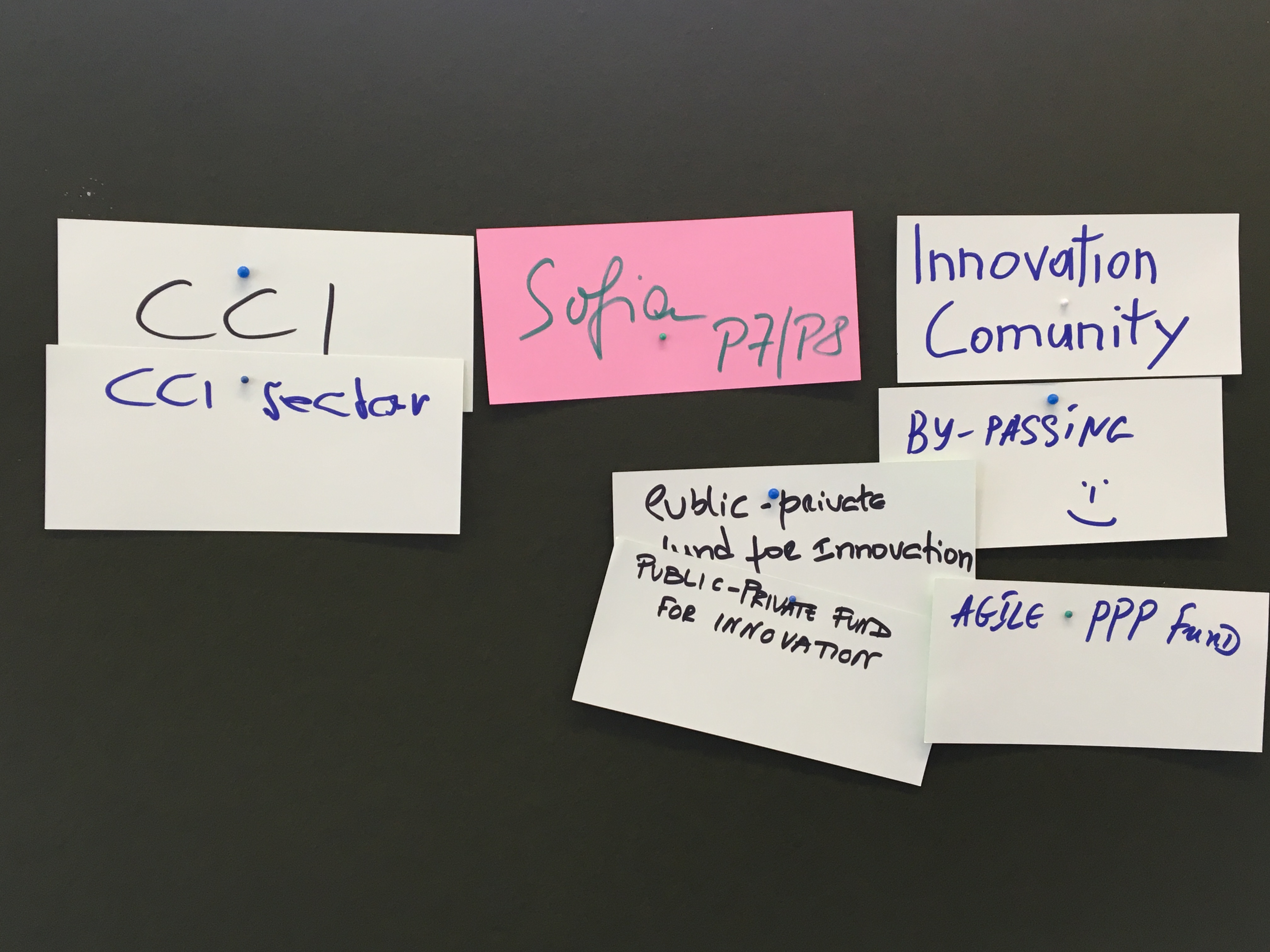 InnoBridge is a 5-year project (3+2) funded by the new INTERREG Europe program. It addresses the insufficient exploitation of R&D results in SMEs. Increasing SMEs' competitiveness is at the core of the InnoBridge project. 9 partners from 8 regions in 8 countries (Lower Austria, Castilla y Leon - Spain, Bolzano - South Tyrol, Pannon Novum West - Hungary, Tampere Region - Finland, Alentejo region - Portugal, Malopolska Region and Sofia) have chosen to improve one policy instrument each to enable SMEs to better realise their innovation potential and to act as a catalyst for creating more high-qualified jobs and regional growth.

Project phase 1 (2016-2018) is dedicated to an intensive interregional exchange and learning process on the Innovation Bridge with involvement of regional stakeholders: peer reviews, study visits, capacity building workshops, staff exchanges. This approach facilitates the development of action plans for the improvement of respective policy instruments, which are implemented in phase 2 (2018 - 2020). All instruments are part of RIS3, 7 instruments are dealing with Structural Funds, while Sofia addresses its Fund for Innovations.

The next InnoBridge interregional learning event, including a peer review and a study visit, will take place in Sofia in September. 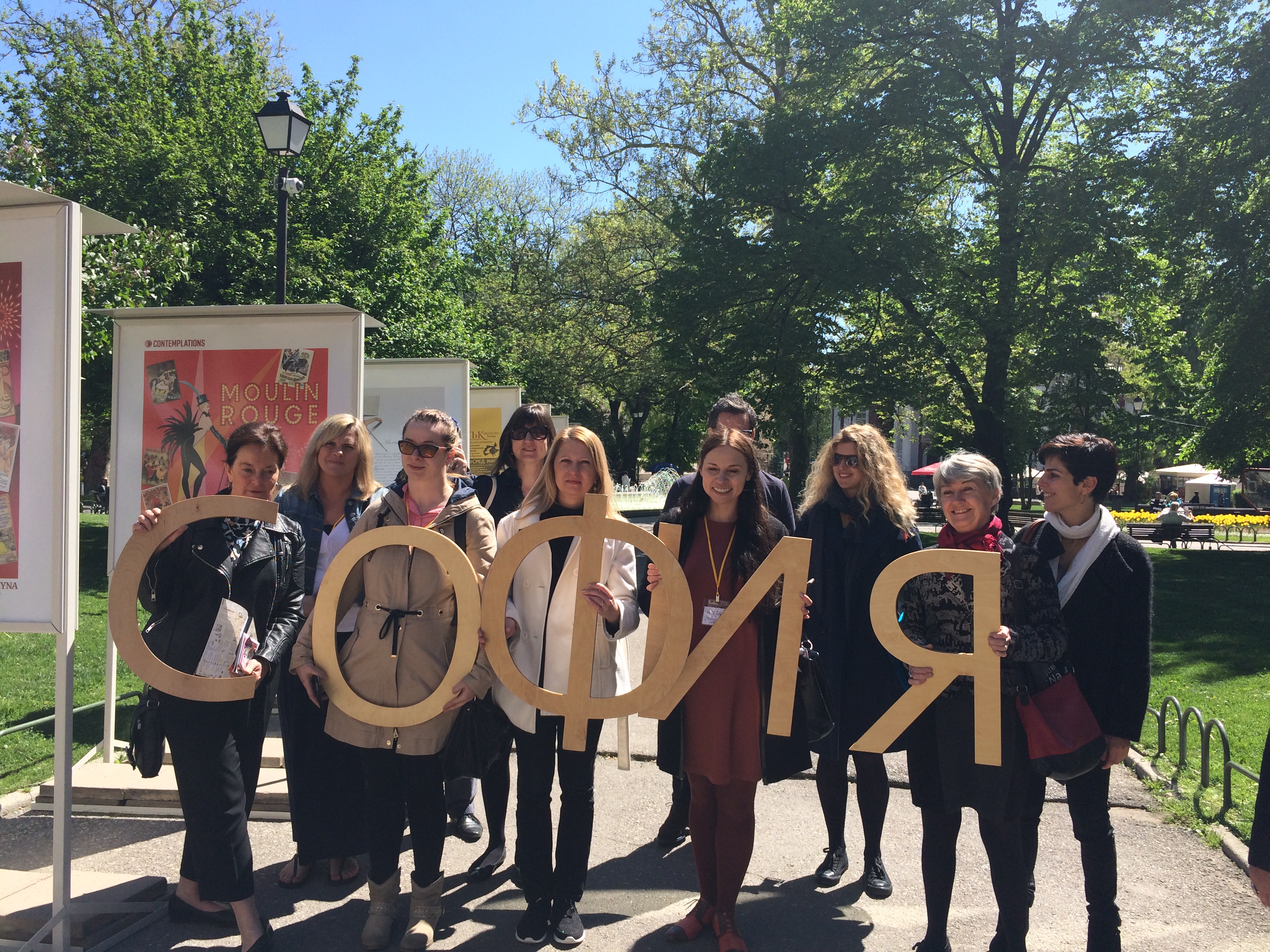 In the period 19 – 22 April, representatives of European cities and regions studied the experience of Sofia in the field of public-private partnerships in the sphere of culture.

The study visit was part of the Culture for Cities and Regions initiative, implemented by EUROCITIES, KEA and ERRIN, through which the Fund for Innovations in Culture was selected as one of the 15 European best practices for which study visits are being organized. The visit was hosted by Sofia Municipality through Sofia Development Association.

• Strongly expressed shared leadership in the cultural processes in the city: political will, support and participation of the artistic sector, business and civil society. Shared vision and commitment to development. An important role of culture not only in itself (which could lead to its separation and ultimately to a certain marginalization), but also in the key strategic documents of the city on economic development (Strategy for Smart Specialization) and social development.
• Atypically for Europe, local government plays a leading role in building relationships with the private sector through the Fund for Innovations, the Business Council to the Mayor, etc. This leads to more private participation in the funding of cultural and artistic projects and processes, relationships of trust and pooling of resources for the benefit of the city and its residents and guests. An important lesson learned is the work both with individual sponsoring companies and with business associations, which facilitate the outreach to a larger audience, institutionalization of achievements.
• Important role of an intermediary organization – Sofia Development Association – which speaks the language of both business and administration, as well as of artistic circles, and in this way facilitates the collaboration process.
• The Fund for Innovations in Culture itself is the best transferrable practice. What is innovative in it is its structure of management, flexibility, support for ventures and admitting the possibility of failure, allowing individual grants (ineligible in most participating cities), as well as the overall positioning of the Fund as an instrument aiming at innovation and the future, and changing the status quo. This combination allows the Fund to achieve significant results, despite the relatively small budget, perhaps the most important of which is the creation of community.
• Efforts of the city (municipality) for spatial distribution of investments in cultural and artistic projects - in various neighbourhoods and communities, regardless of the budgets of the programs. Sofia exerts these efforts against the prevailing European trend of concentrating investments in "artistic neighbourhoods" in the cities, thus undoubtedly allowing for more access to cultural participation.
• Commitment of the city (municipality) to promote and popularize art projects and events (through ads on rockets, websites and social media, electronic newsletters, access support and media coverage, etc.) - an enormous help for cultural operators which is not offered by the participating European cities.
• Commitment of the city (municipality) to invest in increasing the capacity of cultural operators by the Cultural Management Academy.
• Very inspiring examples of how artists are a source of innovation: the ticket sales in cans by Sofia Film Fest, reaching to new audiences; the Muzeyko character that animates communication in Muzeyko; the interactive and creative activities with Cyrillic letters in the Urban Reading Room; the new approach in the urban tour of Free Sofia Tour and many others.
• Commitment of the city (municipality) to use any additional opportunity (e.g. a cocktail reception) to promote social causes and encourage social integration.

The report could be found on: 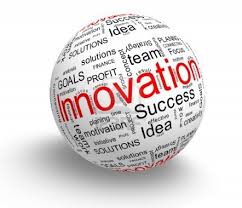 SDA, Markku Markkula, President of CoR, Malina Edreva, CoR member, and representatives of universities, startups, young ambassadors of innovations and innovation facilitators met today to discuss the synergies, needs and opportunities for innovations in Sofia. We focused on the role of local government to provide a favourable environment and foster open innovation by means of the new Smart Specialisation Strategy and activities like the upcoming first Sofia hackathon, the young generation as a natural carrier of entrepreneurship and the reasons why Sofia is a great place to start a business. 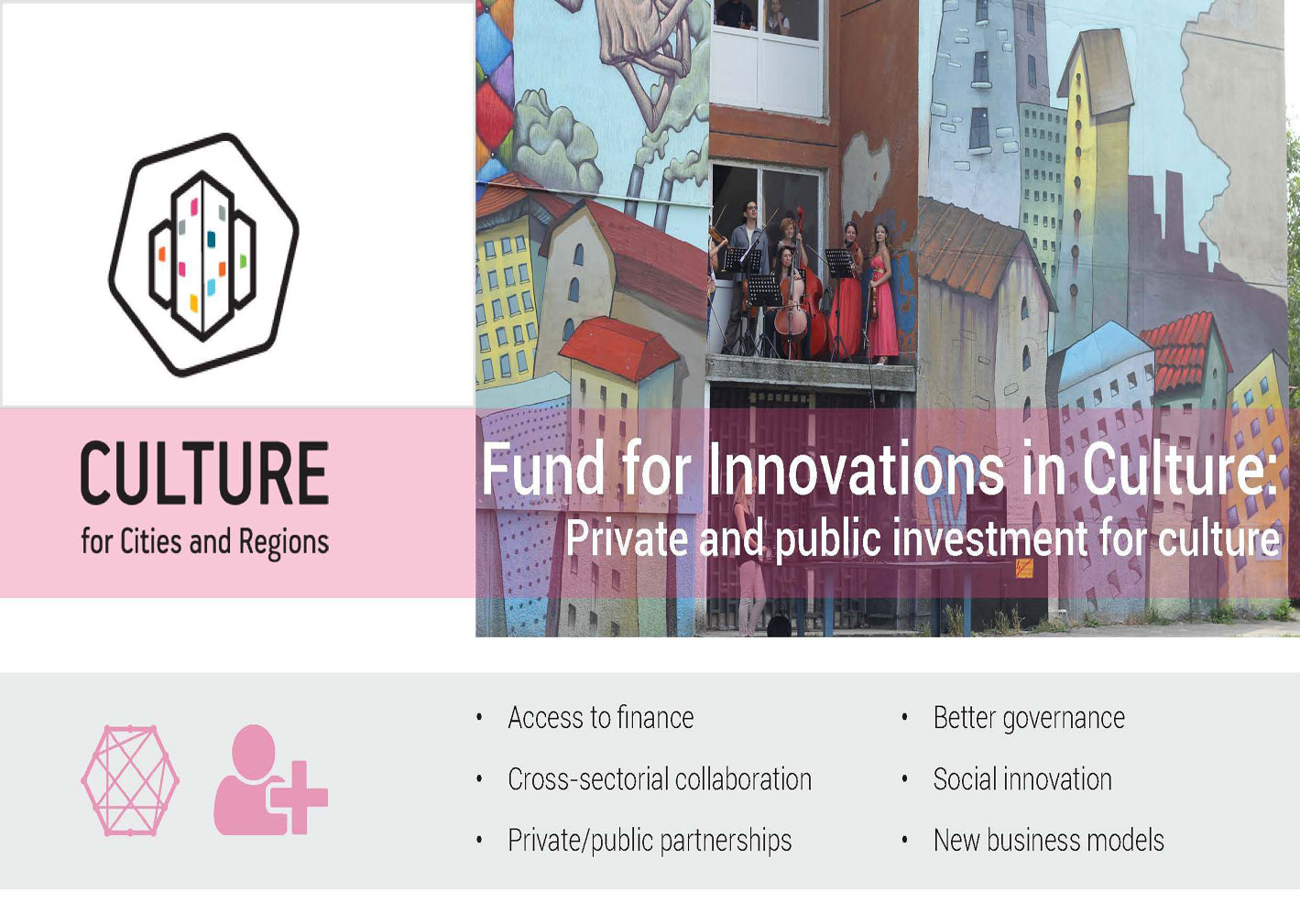 The study visit is part of the Culture for Cities and Regions initiative, implemented by EUROCITIES, KEA and ERRIN, through which the Fund for Innovations in Culture was selected as one of the 15 European best practices for which study visits are being organized. The visit is hosted by Sofia Municipality through Sofia Development Association.

The objectives are:
• to identify the existing best practices in culture as a key element of urban development strategies;
• to promote the exchange of knowledge;
• to give visibility to the successful examples of investments in culture;
• to plan policies and ways for their implementation.

Representatives of more than 15 European cities and regions will get acquainted with the experience of Sofia and will assess which of the practices can be applied in their cities. The main topics of the working meetings are:

More information about the participants: HERE. 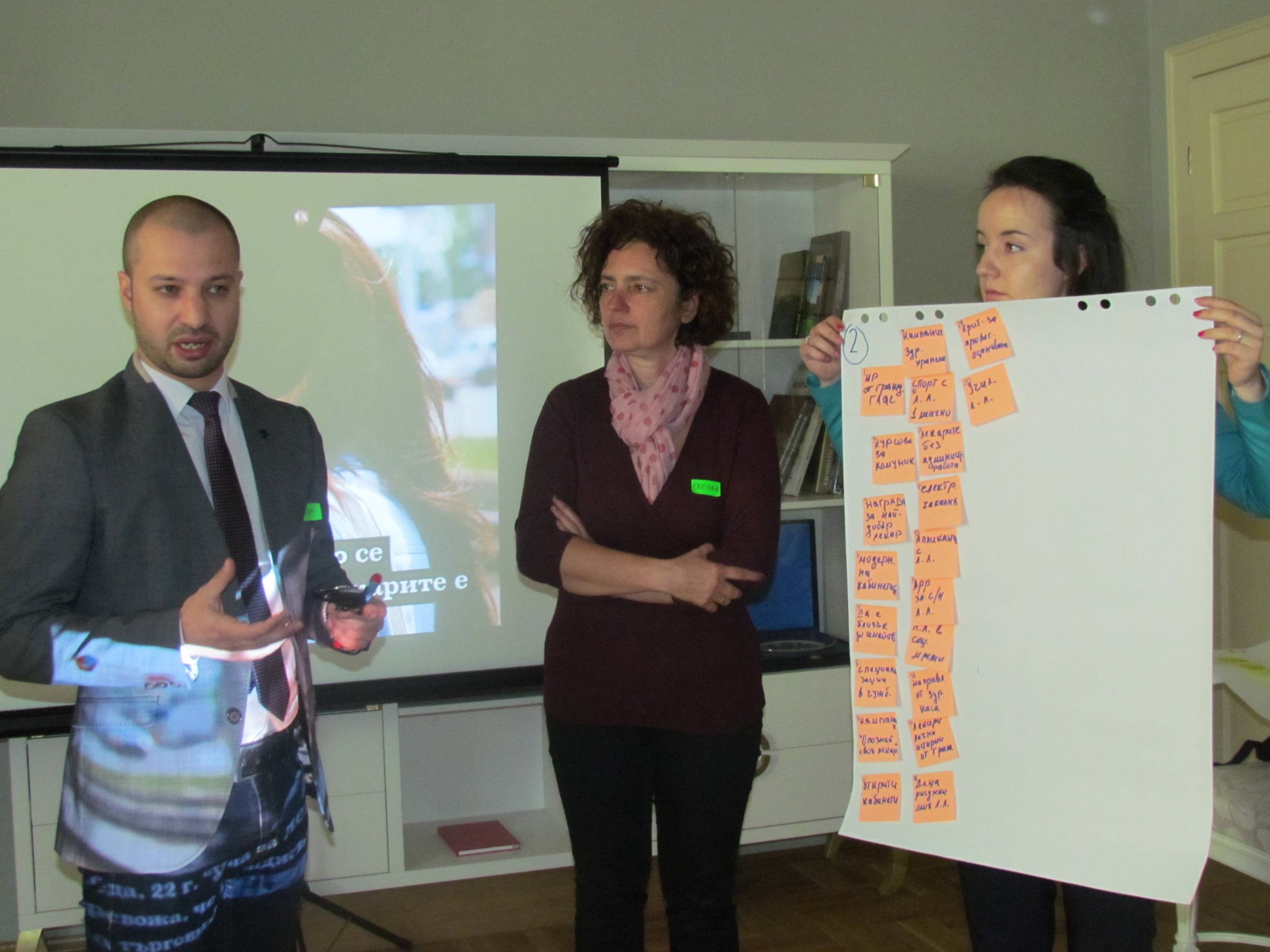 Today, together with councilors from the Sofia Municipal Council and colleagues from the directorates for health, culture and education, we identified challenges in the fields of cultural-historical heritage, education and health in Sofia using the design thinking method.
Experts from Innovation Starter took us through the process of identifying challenges, inventing ideas and testing.

We will leave prototyping to the young people, whom we will invite to participate in a Sofia innovation hackathon.

Sofia Municipality, through Sofia Development Association and the Fund for Innovations, in partnership with Innovation Starter and the Innovation Academy, will organize a Sofia innovation hackathon on 9 and 10 June.

The innovative solution to concrete urban problems by organizing competitions is part of the Fund for Innovations' "Development of Philanthropy in the Local Community" project, supported by the Workshop for Civic Initiatives Foundation.

The new academic year of the Cultural Management Academy began 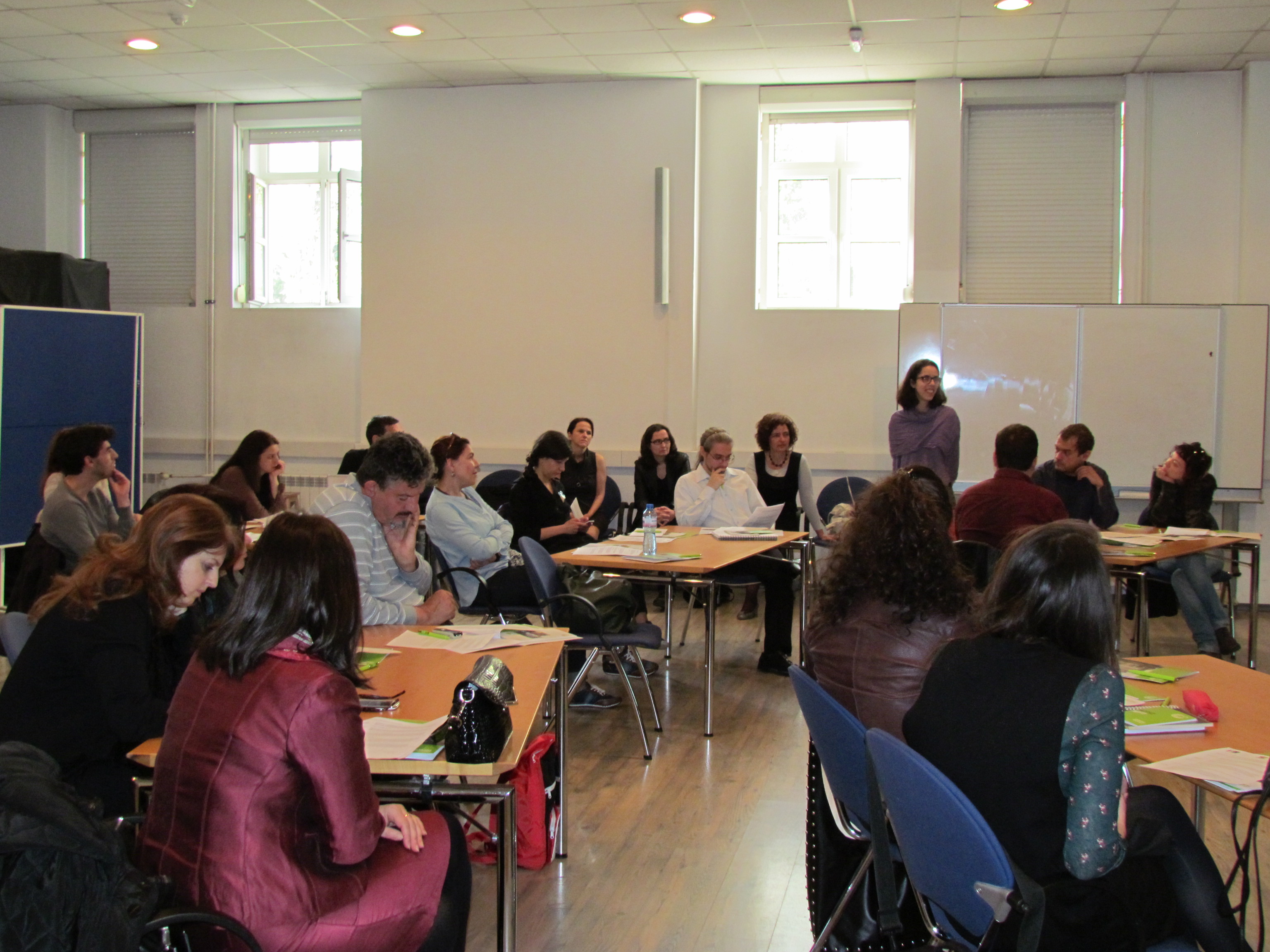 The profile of the participants in the Cultural Management Academy 2016 – 2017, which started today, 4 April, is very diverse.

They range from translators to producers of a capella ensemble, from critics to contemporary art curators, from specialists in working with cultural minorities to human resource and finance experts of cultural organizations.

All of them are united by their common understanding that the sphere of art and culture is to be run professionally and bring revenues.

This year, the geographic scope of the Academy also expanded; besides Sofia and Plovdiv, there are managers from Stara Zagora, Dupnitza, Veliko Tarnovo, and Belgrade.

The Cultural Management Academy is a postgraduate programme by Goehte-Institute and Sofia Municipality through Sofia Development Association in cooperation with Sofia University and the cultural institutes of Austria, Great Britain, Spain, Poland, and the Czech Republic.

The Cultural Management Academy is held for a third consecutive academic year.